Asus is a well-known brand in the electronics industry. This brand’s products include laptops, desktops, Chromebooks, smartphones, storage devices, graphics cards, and many others.

Asus also manufactures tablets. In fact, their tablets are among the best high-end affordable tablets on the market. You may be well-versed in Asus computers but have little knowledge of Asus tablets.

Worry not, this article is for you. Here, you will learn about the Asus brand, its manufacturers, and much more about Asus tablets.

So without wasting any time, let’s begin.

Here Is The Short Answer: Who Makes Asus Tablet

Asus tablets are made by ASUSTek. It is a Taiwanese multinational electronic and hardware manufacturing company. T.H Tung and M. Hwang founded the company in 1989. It primarily produces hardware and consumer electronics. Asus tablets are among them.

Where Are Asus Tablets Made & Manufactured

ASUSTek, also known as Asus, manufactures Asus tablets. Asus’s headquarters are in Taipei’s Beitou District in Taiwan. It has manufacturing facilities in Taiwan, China, Mexico, and the Czech Republic.

The majority of Asus products, including tablets, are made in China and the United States. Only a small proportion of products are manufactured in other countries.

However, in the aftermath of the corona pandemic, the company relocated its manufacturing bases to Southeast Asia and is focusing on increasing production there.

The product of Asus is made by ASUSTek

The Asus Transformer Tablet series is a 2-in-1 convertible tablet series, which means it can also be used as a laptop. This tablet is very useful in the office when you need a Windows OS rather than Android or iOS.

This tablet is powered by an IPS display, an Intel 64-bit processor, and DDR4 dual-channel RAM. This ensures that you will never fall short of expectations. Here are some tablets of the Asus Transformer series.

The Asus ZenPad tablet series is based on Android OS, making these tablets ideal for everyday use. This tablet is lightweight due to its slim and sturdy body. For your entertainment, you get a large IPS display with sharp detail and outstanding image quality.

In normal use, the large-capacity battery in this tablet series can keep you going for more than 5-6 hours. Cellular networks are also supported by some ZenPad models.

So you don’t have to be concerned about a lack of connectivity. Here are some ZenPad series tablet models.

How does the brand warranty work?

Reconditioned or new parts or parts that are equivalent to or superior to original parts will be given instead.

Are Asus tablets any good? Top reasons to buy one

When it comes to producing a high-spec tablet at a reasonable price, Asus is one of the leading manufacturers. This is one big reason why Asus tablets are so popular.

Here are some more reasons why Asus tablets are great and why you should buy one.

The main feature of an electronic device, such as a tablet, is its operating system. Android is the most popular tablet operating system, and Asus uses it on some of its tablets.

Asus, on the other hand, also uses Windows as an operating system for their tablets. These tablets provide a laptop-like user interface and performance.

The design of a tablet is an important consideration for a user when selecting one. A tablet should be lightweight, slim, and sleek, with an appealing color. All of these criteria are met by Asus tablets, which come in various designs.

As a result, unlike Apple, you will not develop tiredness of having the same design for years.

Tablet is not a photo-taking device. As a result, many tablets lack high-quality cameras. The cameras on some tablets are unusable. However, in the case of the Asus tablet, this is an exception.

The cameras, both front, and back, have sufficient megapixels to capture a clear video or photograph.

When it comes to performance, Asus never disappoints. Asus uses high-spec hardware in everything from Android tablets to 2-in-1 convertible tablets to achieve above-average performance.

The Intel Core i7 processors with DDR4 RAM are the driving power of Asus 2-in-1 convertible tablet computers. As a result, these tablets have the power of a laptop but much greater portability.

Are there any drawbacks

Asus tablets are good performing tablets, but they are not the best because they have some flaws.

Are There Any Good Alternatives For Asus Tablets

As there are many competitors in the market, there are good alternatives for Asus tablets. Such as Samsung and Apple. These two tech powerhouses produce the best tablet series and outperform Asus tablets in almost all categories.

Samsung, the best Android tablet manufacturer, has a wide range of tablet models ranging from high-end to entry-level. The Asus tablet is comparable to the Samsung tablet, but it falls short in terms of overall performance. However, Samsung’s tablet is slightly more expensive.

As you’ve read this article, now you have an overall knowledge of Asus tablets & their manufacturer. We hope that you can decide whether the Asus tablet is good for you or not.

Sadly, in 2019, Asus announced that they would discontinue the ZenPad tablet series. So no more ZenPad tablets will be released in the future, and they have also decided to exit the tablet market.

They are, however, concentrating on the Asus ROG series, which is a high-end gaming lineup. The Asus ROG Flow Z13 tablet is the new member of this series.

Hopefully, Asus will keep producing this tablet for a few more years. Thus if you want to use an Asus tablet, this is the one to get. 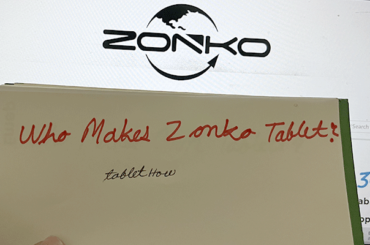 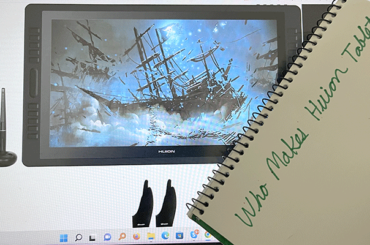 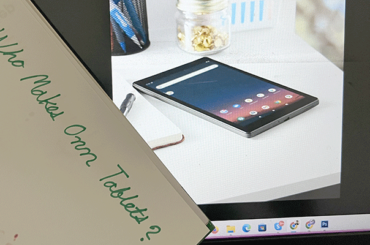 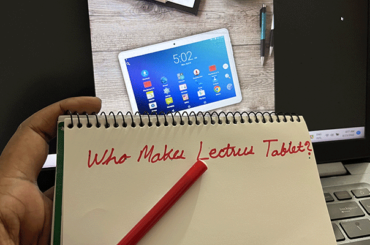